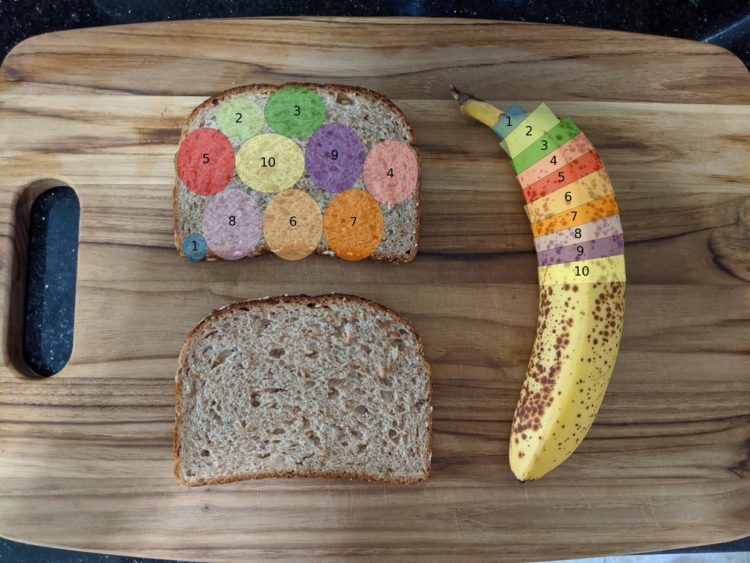 How do you assemble a banana and peanut butter sandwich that maximizes the number of bites with the perfect ratio of bread, peanut butter, and banana? Ethan Rosenthal, in a quest to work on something truly meaningless, solved the problem over several months with a truly roundabout solution:

So, how do we make optimal peanut butter and banana sandwiches? It’s really quite simple. You take a picture of your banana and bread, pass the image through a deep learning model to locate said items, do some nonlinear curve fitting to the banana, transform to polar coordinates and “slice” the banana along the fitted curve, turn those slices into elliptical polygons, and feed the polygons and bread “box” into a 2D nesting algorithm.

I love the idea here of running a scheduled action once a year that deliberately fails, causing GitHub to send you a "Happy New Year" failure email!

Full-Day Rotation of the Earth Around a Stationary Sky by Jason Kottke
Saturday May 30th, 2020 at 9:59 AM

Last year I posted a pair of videos showing a sky-stabilized rotation of the Earth around the starry sky. Because the Earth is our vantage point, we’re not used to seeing this view and it’s pretty trippy.

Now Bartosz Wojczyński has created a video showing full-day rotation of the Earth with footage shot in Namibia. The rotation is sped up to take only 24 seconds and is repeated 60 times to simulate about 2 months of rotation. I find this very relaxing to watch, like I’m riding in a very slow clothes dryer.

See also The Entire Plane of the Milky Way Captured in a Single Photo.

Saturday Morning Breakfast Cereal - Social by tech@thehiveworks.com
Monday May 25th, 2020 at 9:46 AM 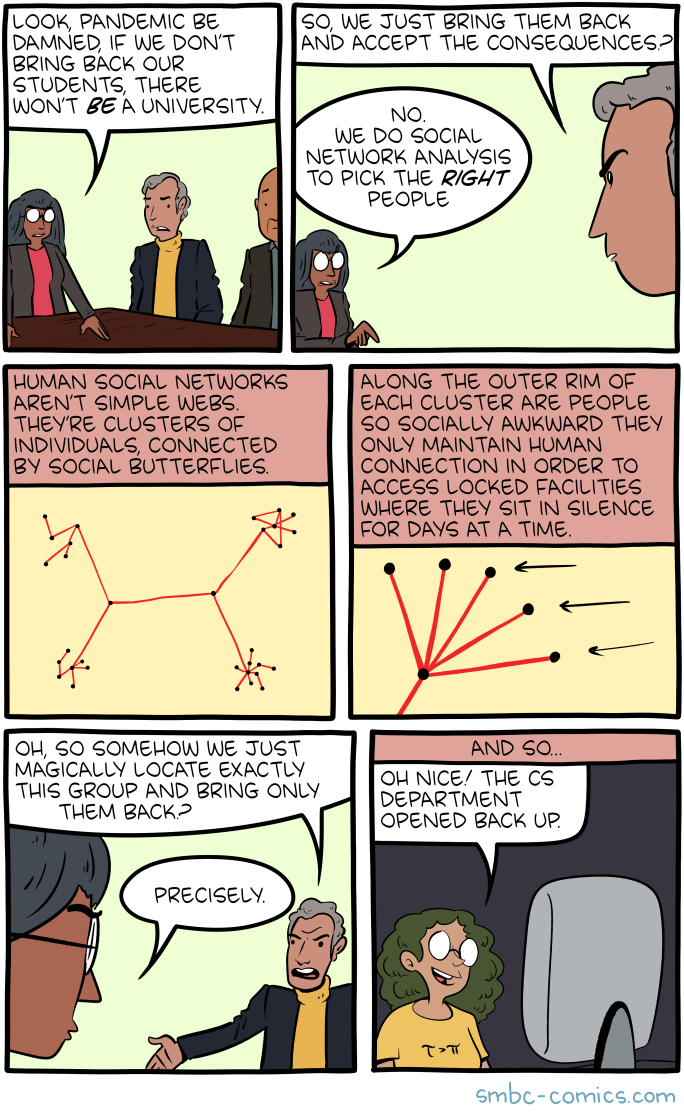 Hovertext:
Why aren't any covid models factoring this in?!

This made me laugh really hard today:

Have you ever wanted to hear Jay Z rap the “To Be, Or Not To Be” soliloquy from Hamlet? You are in luck:

Bill Clinton reciting “Baby Got Back” by Sir Mix-A-Lot? Yep:

This version with the backing track is even better. These audio deepfakes were created using AI:

The program listens to a bunch of speech spoken by someone and then, in theory, you can provide any text you want and the virtual Obama or Jay Z can speak it. Some of these are more convincing than others — with a bit of manual tinkering, I bet you could clean these up enough to make them convincing.

Two of the videos featuring Jay Z’s synthesized voice were forced offline by a copyright claim from his record company but were reinstated. As Andy Baio notes, these deepfakes are legally interesting:

With these takedowns, Roc Nation is making two claims:

1. These videos are an infringing use of Jay-Z’s copyright.
2. The videos “unlawfully uses an AI to impersonate our client’s voice.”

But are either of these true? With a technology this new, we’re in untested legal waters.

The Vocal Synthesis audio clips were created by training a model with a large corpus of audio samples and text transcriptions. In this case, he fed Jay-Z songs and lyrics into Tacotron 2, a neural network architecture developed by Google.

It seems reasonable to assume that a model and audio generated from copyrighted audio recordings would be considered derivative works.

But is it copyright infringement? Like virtually everything in the world of copyright, it depends-on how it was used, and for what purpose.

Celebrity impressions by people are allowed, why not ones by machines? It’ll be interesting to see where this goes as the tech gets better.